Ignite Procurement, the five-year-old Nordic procurement software company, just raised $7.1 million Series A funding. The round was led by existing investors and included new investors. This brings the company's valuation to $28.4 million.

Press: When the world economy was thrown into uncertainty, with the war in Europe and rising inflation, Ignite Procurement knew it had to act fast because it could make a difference.

Initially, they had envisioned acquiring a larger portion of the round from new investors. It was not a wishful thinking situation that the market turned so radically just when they were about to start raising capital, but Nome denies that they were particularly stressed.

"We knew we had good support from existing ones. We were not super stressed, but wanted to land the round faster than we otherwise would have done," says founder and CEO Sigbjørn Nome, who started the company together with his former consulting colleague Børge Langedal from BCG.

And it's no wonder why: Ignite Procurement offers a solution that can actually profit from a downturn in which companies have to cut costs.

"Our product is about optimizing costs, so we are not as affected as others. We stand strong when times are tougher than in times of upswing. There has been a lot of focus on top-line growth in recent years, but now our solution is coming to light.

"We knew we had good support from our existing investors. We were not super stressed but wanted to land the round faster than we otherwise would have done," adds the entrepreneur.

Among the existing investors of Ignite Procurement, Arkwright X contributed $2.1 million, Snö Ventures $1.05 million, and Investinor $1.05 million. New investors contributing to this round are Skagerak Maturo and MP Pensjon, with $1.05 million and $526K, respectively.

The Rise in Decline

Ignite Procurement has continued to grow and now has 60 employees. Recently, they also opened offices in Poland. Their annual recurring income (ARR) has increased by around 150 percent in the last year. Most of this growth has come from outside Scandinavia through both global companies and partners.

Since its launch in 2018, with Obos and the AF group as pilot customers, the platform has been used to analyze purchases worth more than $105 billion.

The entrepreneurial company has been popular across industries, be it construction firms and manufacturing companies, as well as the public sector. AF Gruppen and Obos are among the first customers. Several public actors are also on the customer list. Hospital procurement and the Norwegian Environment Agency are among those who have used the tool, in addition to a number of municipalities.

To read the full article, click on the links below.

PS. The articles are in Norwegian but you can use Google translate to read them in English.

At Ignite, we believe that technology can be powerful and easy to use at the same time. That’s why, our solutions are designed to create value, with easy adoption, scale, and productivity in mind. We take care of all the tedious grunt work so you can focus on the big picture. 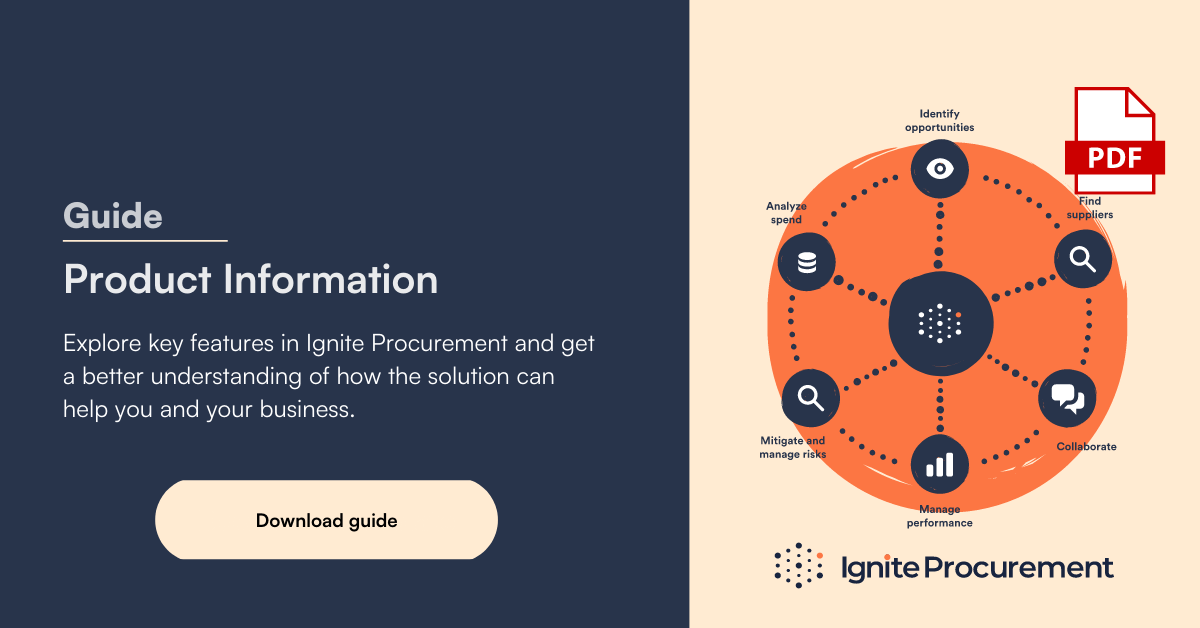 Join other procurement professionals and stay ahead of the curve with the latest in strategic procurement.